A new build was ready 10 days ago but I thought that I will add a new enemy. And then I found that there are a few things to improve with AI (most of them related to path following). And then I decided to try new loading screens. 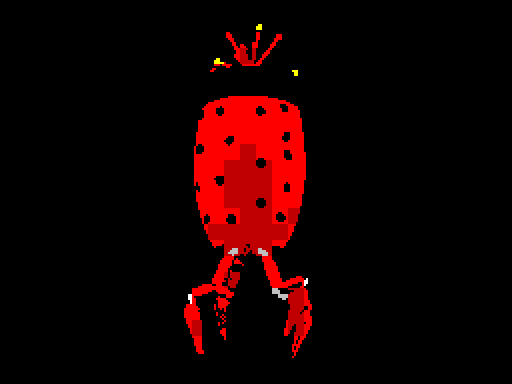 The build is here. There are a few interesting things:

VR scaling
Although I expect that most of the people out there are within 160-190cm tall, I know that some are taller and some are shorter. Taller people could adjust door height to be greater than 2m but then all enemies were smaller than them. Smaller people had to deal with bigger enemies and at times they could not reach some buttons or devices. This is no longer an issue as the game will suggest if height requires auto calibration (note that the resulting height might be off a bit) and then the whole level will be generated using that info. This also means that for multiplayer (if there is going to be in the future), it is possible to be much taller/smaller than in real life. Or make it that everyone has the same height.

VR horizontal scaling
If you have a much smaller space, you may want it to appear a bit larger. Just for comfort. This is possible with horizontal scaling. Note that this means that space appears larger but also when you move in the real world, you cover a larger distance within the game. It may be scaled up to +100% which means that for 1m walked in the real world, you move 2m in the game. Up to 40% should be okay for most people. 10-15% feels really comfortable.

Headshots (and in the future shooting off body parts)
I noticed that many people shoot at the head when fighting the robots. But there was no bonus, nothing extra happening if you took a headshot. Not anymore. With the most basic enemy, you can now shoot its head off. But as it is a robot, it doesn't die then. It is still dangerous although after a headshot it is easier to kill (it has less health).

New enemy
There are lots of narrow corridors in Tea For God. And with quite slowly thinking and, to be honest, dumb enemies, a player had a huge advantage when walking through corridors. Not anymore. I added an enemy that may easily damage or even kill a player even if it is behind the corner. That fellow shoots 10 pellets at random dir. Those pellets bounce off walls. They may go past multiple corners this way.

Loading screens
This is a minor thing. I decided to present enemies during the loading. In the future most likely it will be replaced by a minigame to make loading less boring. In the next build I plan to change the menu a bit. I want to add profiles with game slots and add a persistence layer.

I am more and more thinking about adding some very basic tutorials. For starters, explaining energy and grabbing energy orbs.

The scaling works very well, especially for stepping around. That said, bending down to pick something up is a bit jarring, as if that motion makes it more obvious that the game is messing with my perceived movement. Still, that's a small price to pay to feel like I'm in a larger space.

For this and for a few other reasons I am planning to add objects hovering up to make it easier to grab them. Optional. Other solutions like special handling of scaling when looking down won't work as there might be a huge gap to cover when finally looking forward.

Congratulations on the successful implementation of horizontal scaling! Nice that you decided to implement it. I pointed this out once and you weren't sure if it was a good idea. I've been playing for a while now and find 75% very pleasant. Finally I don't have to go on my wet terrace anymore to enjoy the game in big!

Incidentally, I have the feeling that the performance has improved a bit on the Quest. With the last versions it was always heavy jerking when enemies were involved.

There were a few improvements for Quest, although there is still a lot to improve (I want to move background tasks to a new low priority thread, there is no LOD system and that really hurts when there are lots of elevators).

The lightsaber will be coming, but right now - basic persistence, player profiles. That last thing has to be done now as I am rearranging greater game loop from just random levels one after another into what is going to be there in the final game. There is still going to be a "quick game" option just to try things out. And I might add a tutorial or two.

Only 15%? Wimp!😋 But 100% is much too much for me too (With a bucket I could play it for a few minutes.)
No LOD system? Then I'm surprised it works out so well at all. Then I still have hope that it will run 100% smooth on the Quest at some point.

Something else on the side: I can't have enough options for my part but others could be overtaxed by the flood of possibilities. In our country people always say: Less is more!

:D A few weeks ago I played Quake (first episode) for 40 minutes. It was okayish while I played, feeling a bit dizzy. But the worse came after I took off the headset. And a few years ago I used to play Detached with all rolls and stuff without much issues.

With the procedural mesh generation I am still trying to decide which way would be the best for LOD. Currently I have it prepared to mark specific parts suitable or not for specific LOD levels. It is now used to decide whether to generate something for Quest or not. I did automatic LOD level generation a while ago but it was just welding vertices and was not that elegant solution (although it provides fantastic visuals when used right -> Pistol Whip is an amazing example). With procedural generation I can alter dynamically number of subdivisions (it is another element of Quest/PCVR differences). There were some specific issues on the way, like a need for hierarchical random generator. And there was also no need to add LOD system for PCVR, so it now waits to be added. There are also a few other things that are reason for performance drop on Quest and I have plans how to improve them.

As for the number of options. This is right now a bit more general problem. It will be addressed along the way and in the final version, I'd like to have the game just start right at the beginning only to introduce to player profiles and gameslots on the way. And difficulty settings (I am thinking about unlocking difficulty levels). Same for the options. And still I'd like to have a button to allow manual unlocking. I've seen a picture describing a problem with finding subtitle options in games (in general). Where should you look for it? Audio? Visuals? Gameplay? General? (most of the time it is part of audio options, not always though). The thing is that I like the games where you can tinker. Both gameplay wise and through options. And with options it would be the best to avoid a need to alter them. Most of the people should not require to alter settings or there could be a way to setup a few particular things through the gameplay

But as there will be more settings coming, I don't want to get carried away for too long with altering options layout. That said, in the next build, the menu will be redone a bit (to introduce persistence, player profiles etc). With a new font that is much easier to read.